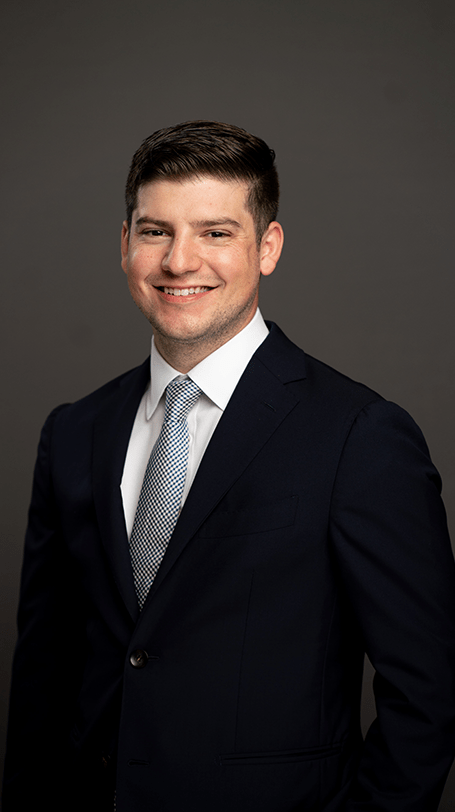 I grew up in West Columbia, Texas, a small town, about an hour south of Houston. I attended Texas A&M University from 2010 to 2013, graduating in 3 years with a Bachelor of Science degree in Economics. After graduating from A&M in May, 2013, I started law school at the University of Houston Law Center in August, 2013. When I was a rising 2L I interned at the City Attorney’s Office for the City of Houston. In that time, I worked in the claims and subrogation department, but I also got called to assist on larger projects. When I was a rising 3L I attended a sports law program at the University of Oregon. While attending the program I was able to see and meet several high-profile people in world of sports law, including the main general counsel for Nike, as well as, Adidas’ U.S. general counsel. I graduated law school in May, 2016, and I began doing legal work for my dad, Lynn Klement, who is a board-certified personal injury attorney. I was licensed to practice law in November, 2017. In March, 2018, I was hired at the firm Moyer Lewis & Patton, LLP. Most of the work at Moyer Lewis & Patton, LLP, was civil litigation, and specifically contractual disputes and homebuilder disputes. I was involved in all aspects of litigation, including pre-trial case evaluation, discovery and depositions, motions and trials. While at Moyer Lewis & Patton, LLP, I worked most closely with Ms. Lewis. Ms. Lewis taught me many things on the job, but I especially attribute my legal and persuasive writing skills to her. I left Moyer Lewis & Patton, LLP, at the end of November, 2019, and began to work for Crim & Villalpando, PC the beginning of December, 2019. I enjoy the nature of the cases, the familial atmosphere of Crim & Villalpando, PC, and assisting the clients in recovering for their injuries and other damages.

In my free time I play tennis anywhere from 2-5 times a week. In high school, my doubles partner and I won the district championship my junior year. We went on to place 3rd at the regional competition, narrowly missing a chance at the state title. I also enjoy board games with my friends. I consider myself a Houston native, so, I root for all three of Houston’s major sports teams, the Texans, Rockets, and Astros. I also follow the Aggie sports programs and enjoy going to Aggie sporting events when the opportunity arises.