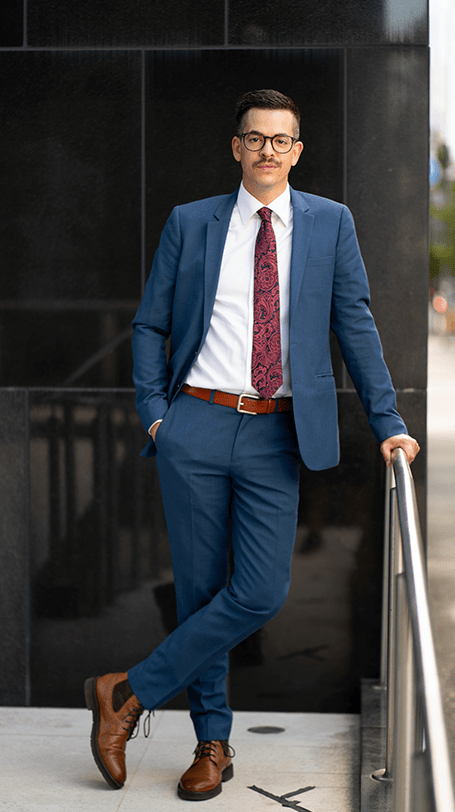 A Spanish-speaking native of Houston, Texas, Eduardo joined Crim & Villalpando, PC as a personal injury trial attorney in May of 2018. He grew up learning about hard work and integrity from watching his Cuban and Puerto Rican parents labor selflessly helping others as doctors in their respective medical fields. He was taught “goodness, discipline and knowledge” at Saint Thomas High School in Houston where he also served as vice president of the student body and captain of the varsity lacrosse team.

Due to Eduardo’s efforts in the classroom and the community, he received a scholarship to study in paradise at The University of Miami in Coral Gables, Florida. Eduardo graduated from “The U” with a double major in Psychology and Spanish, along with a double minor in Philosophy and Biology, while also being a part of UM’s Honors Program.

Determined to make a career in the courtroom, Eduardo earned his law degree at one of the most prestigious law schools in the South, The University of Miami School of Law. After graduation, Eduardo knew he wanted to come back home to live in the great state of Texas and work in one of the world’s greatest cities.

After law school, Eduardo began his professional career clerking for Jose R. Lopez II, a respected solo practitioner in Houston specializing in personal injury law and mediation. While working closely with Jose, Eduardo gained valuable experience assisting clients from the beginning to the end of their lawsuit experience.

Since joining Crim & Villalpando, PC, Eduardo has become an aggressive trial lawyer aiding English and Spanish speaking clients secure successful jury verdicts in a wide range of personal injury cases. His training and experience continue to assist in counseling clients in their difficult time and helping them get the justice they deserve.

Eduardo’s practice currently focuses on personal injury trial law and representing people injured as a result of the negligence and carelessness of individuals and companies. In addition to being a member of the Texas Bar Association, Eduardo is also an active member of the Houston Trial Lawyers Association.

In his personal time, Eduardo enjoys traveling, reading, spending time with family, exploring downtown Houston with his longtime girlfriend, Sarah, and their Boxer dog, and cheering on the Houston Astros and Miami Hurricanes.