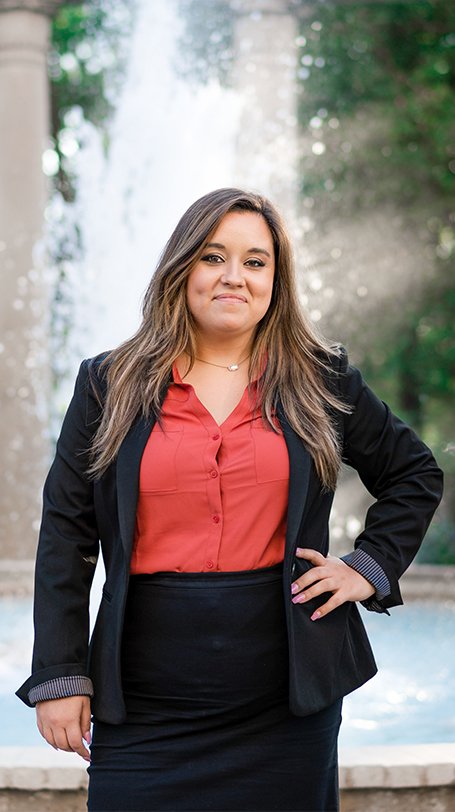 A Spanish-speaking native of San Antonio, Texas, Jessica joined The Crim & Villalpando Law Firm in July of 2018. After graduating with a BA in Vocal Performance from the University of Texas at Austin, Jessica decided to switch directions and pursue a career in law. Jessica received her JD from St. Mary’s University School of Law in 2016, as well as completed her Master’s in International Relations from St. Mary’s University that same year. While in law school, Jessica clerked at the Texas Rio Grande Legal Aid, where she assisted Spanish-speaking victims of domestic violence in all matters of family law and civil law, as well as in a private practice firm located in San Antonio, where she continued her focus on helping Plaintiffs fight for their rights in 1st party Insurance claims. Jessica was also an active board member of the Hispanic Law Students Association from 2012-2013.

Since becoming licensed in November of 2016, Jessica has continued her strong focus and desire to represent Plaintiffs, and help those who have been injured as a result of the negligence and carelessness of individuals and/or companies. Her diverse background, as well as her fluency in both English and Spanish, give Jessica a cutting edge in understanding her clients’ needs and in fighting for their rights.

In her free time, Jessica enjoys finding new parks or running trails where she can take her dogs Mozart and Kaiser to play, as well as traveling, spending time with family, and performing at the occasional singing gig.