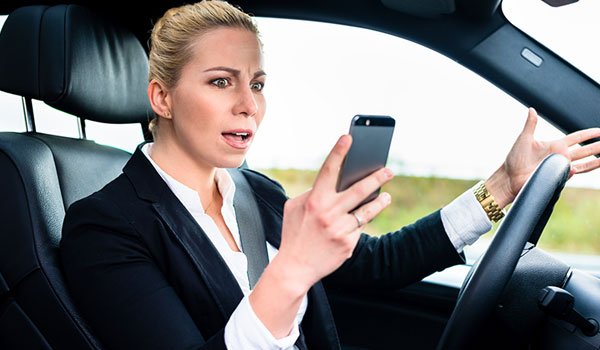 Americans send 153.3 billion text messages every month. Text messaging has become an increasingly common form of phone use for many Americans.

Texting Drivers Held Liable for Millions Creating Carnage on the RoadApproximately 660,000 drivers are using their cell phones or manipulating electronic devices while on the road.

“For years, there has been widespread opposition to texting behind the wheel,” said National Safety Council (NSC) president and CEO Deborah Hersman.

The NSC reports that 73 percent of respondents think there should be increased enforcement of texting laws. Currently, 44 states and the District of Columbia have a legal ban on texting while driving and 13 states have laws that ban all handheld cell phone use by drivers, according to the NSC.

In 38 of the States and District of Columbia that have anti-texting laws, police officers can issue tickets for drivers who are texting, even if police do not cite the drivers for any other offenses. Typically a fine around $250 is assessed for the ticket, and repeat offenders can be subject to more consequences such as the suspension of their license.

In a 2011, more than two-thirds of American drivers aged 18 to 64 admitted to talking on their cell phones at least once while driving within the past 30 days when asked, and more than one-third had read or sent text or email messages, according to a Centers for Disease Control (CDC) study. A total of 3,154 people were killed in 2013 and 424,000 were injured in vehicle accidents involving distracted drivers.

Many states are now bringing criminal charges of motor vehicle homicide and negligent operation of a vehicle against drivers who caused fatal car accidents while texting. In landmark case in Massachusetts, 18-year-old driver Aaron Deveau was texting and swerved across the center line of a street, crashing head on into 55-year-old Donald Bowley’s truck, killing the father of three. At trial Deveau was convicted of motor vehicle homicide by texting and sentenced to two years in prison and license suspension for 15 years.

In Wisconsin, 19-year-old Stephanie Kanoff was found guilty of homicide by negligent operation of vehicle and sentenced to three years of prison for hitting and killing 21-year-old Dylan Elefson while he was pulled over on the side of the road.

Not only do drivers face criminal charges for accidents caused while texting, but victims can also bring civil claims against distracted drivers.

Can person texting the driver be held liable?

Kyle Best struck Linda and David Kubert who were riding a motorcycle, when he crossed the centerline of the road. Best was responding to text messages sent by his girlfriend, Shannon Colonna, seconds before the accident.

Although the New Jersey appellate court upheld the lower court’s decision to exclude Colonna as a defendant in the Kubert’s lawsuit, the majority of the panel judges concluded that “person sending text messages has a duty not to text someone who is driving if the texter knows, or has special reason to know, the recipient will view the text while driving.” 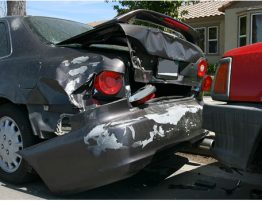 In most car accidents, it only takes a little common sense to determine who the…