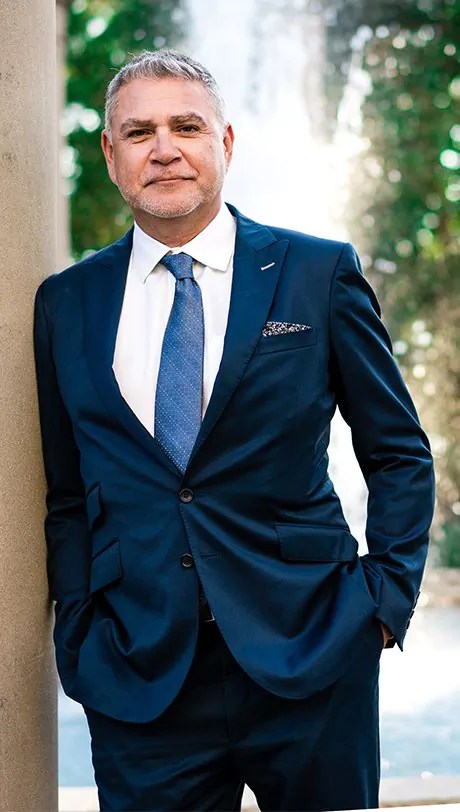 Gustavo was born in Ciudad Juarez, Chihuahua Mexico and, as an undocumented child, he moved with his parents as they worked throughout the southeastern United States. This unique life experience forged within him an exhaustive understanding of 1) the opportunities available in the United States and 2) the obstacles one must overcome to live the American dream.

He received his citizenship and graduated from high school in 1986. Shortly afterwards, he began working for a personal injury law firm in an entry-level capacity. Over the course of twenty-plus years he tirelessly studied the actual practice of law and simultaneously worked his way up the “chain of command” for various law firms in Texas. He was instrumental in overseeing the merger of two law firms and he later managed their offices in Dallas, Fort Worth, Houston, and San Antonio.  In this capacity he worked with attorneys on a local, state, and national level regarding law firm management, litigation, trial strategy, advertising, contract negotiations, and financial matters. Throughout his career in law Gustavo has sought to help injured folks in a professional, ethical, and efficient manner.

In 2001, Gustavo was recruited by Steve Crim to help build and manage The Crim Law Firm (now Crim & Villalpando, PC). While working at the firm Gustavo completed his undergraduate degree in Political Science with a minor in Mexican American Studies from the University of Houston. He then attended Texas Southern University’s Thurgood Marshall School of Law and thrived in trial simulation and civil procedure. He also volunteered at the school’s Innocence Project where he was instrumental (via interviews and research) in helping a wrongfully convicted man. Gustavo is now licensed to practice law by the Supreme Court of Texas. As a partner in Crim & Villalpando, Gustavo continues to build an incredibly talented group of trial attorneys with whom to practice. His tenacity and understanding of the social and legal fabric in Texas makes him an asset to all of his clients inside or outside of the courtroom.

In 2012 Gustavo saw the need to help students at the University of Houston and formed, through the Crim & Villalpando Law Firm, two annual scholarships:

Both scholarships continue to be awarded annually at the University of Houston’s Center for Mexican American Studies.

Please email gustavo@cvinjurylawyers.com  to learn how you can help